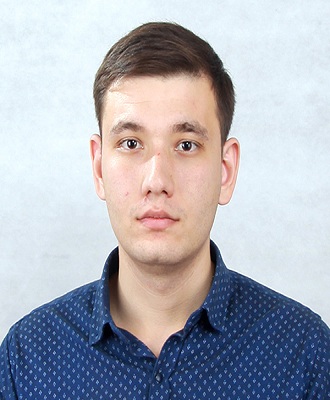 Nodirjon Ruzimurodov
Institute of Immunology and human genomics Academy of Science of Republic of Uzbekistan, Uzbekistan

Background: In patients with diabetes mellitus (DM), pancreatic β -cell deficiency occurs or develops, and their replacement by functionally complete cells producing insulin is the only possible way to cure this disease. According to the World Health Organization (WHO), in 2016, about 442 million people in the world suffered from diabetes mellitus. According to forecasts, by 2030 diabetes will be the seventh cause of death worldwide. This number includes patients with type 1 and type 2 diabetes (DM1, DM2), whose proportion is 10% and 90% of the total number of patients with diabetes, respectively. DM can lead to serious health problems, including ketoacidosis, kidney failure, cardiovascular disease, neuropathy, angiopathy, and retinopathy.

Currently, the only possible way to cure patients with diabetes is to transplant the pancreas or its cells, which is a very effective way to achieve and maintain long-term physiological control of blood glucose levels, but due to various risks (rejection) associated with performing a surgical procedure, this method is rarely used.

Materials and methods: In the Cell therapy department, Institute of Immunology and human genomics Academy of Science of Republic of Uzbekistan has developed an effective method of surgical treatment of DM by free implantation of islet cells of the pancreas cultures and introduced into clinical practice. Xenotransplantation was performed by 186 DM patients aged 13 to 59 years. Of these, 106 were transplanted in newborn lambs, 80 from piglets. Transplantation of allogeneic islet cells of the pancreas was carried out in the following variants: under the anterior sheet of the vagina of the rectus abdominis; under the capsule of the spleen; under the aponeurosis of the rectus abdominis muscle; round ligament of the liver; subcutaneously.

Results: The therapeutic effect of transplanted islet cells of pancreas in DM patients was assessed by the dynamics of the symptoms of diabetes. Disease of blood, serum, the need for exogenous insulin, the manifestation of macro- and microangiopathy. The dynamics of clinical manifestations of diabetes was studied separately in patients who received insulin before transplantation in a dose of less than or more than 40 units. As the examination of patients with implants of the islet cells of pancreas showed, within 9 months after the transplantation practically all disappeared clinical manifestations of the diabetes itself and its complications. Only 3 patients showed mild complaints of dry mouth, sometimes pain in the limbs.

Conclusion: Thus, summing up the clinical results of islet cell transplantation along with the achievements, we noted that the problem bears in itself many more questions that await their resolution. There are also difficulties in isolating islet cells, insufficient number of cadaveric pancreas and good immunological protection. In this connection, a great interest of sources for the production of healthy insulin-producing cells

Nodirjon Ruzimurodov, MD, researcher of the department of Cell therapy of the Institute of Immunology and human genomics Academy of Science of Republic of Uzbekistan. He graduate the master`s degree in Tashkent medical academy. He is the speaker of Congress Speaker of 3rd Joint Meeting of the Turkish Transplantation Society and World Transplantation Society, ESOT 2019, IAPRD, APASL 2018, 3rd Baku International Medical Congress for students and young doctors, International Scientific Conference #SCIENCE4HEALTH2017 and etc.