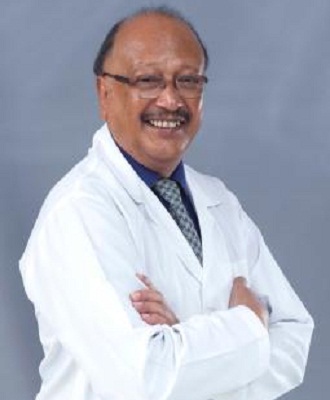 Dr. Hazarika completed his MS (ENT) from Assam Medical College, Dibrugarh. He is a fellow of American College of Surgeons, United Writer's Association of India, International Union against cancer Geneva, Fellow of the Royal College of Surgeons Edinburgh and the Indian Academy of Otorhino-Laryngology-Head and Neck Surgery. He has received Scholarship from Director of General Health Services, New Delhi, during the MS course.

He has received several national and international awards and merit of appreciation for his outstanding performance and contribution in his field. He has edited medical books and periodicals, organised workshops and has been an examiner in many big universities at national and international levels.He has also designed new instruments like voice prosthesis, temporal bone holder and perforator for tracheo-esophageal puncture. Dr. Hazarika has keen interest in microscopic ear surgeries, revision surgeries, Head and neck surgeries and skull base surgeries. He has over 36 years of professional experience.